The Recording Academy™ has established a series of new amendments to guide the GRAMMY Awards® process moving forward. All changes go into effect immediately, including the transition to online voting, a move that provides the Recording Academy’s more than 13,000 voting members greater access and flexibility than ever before. 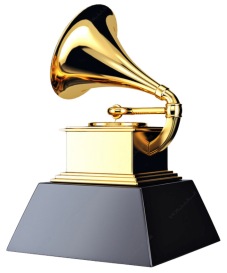 Additional amendments are listed below:

GRAMMY Awards Voting Will Now Be Online For the first time, voting members will cast their GRAMMY Awards votes online rather than by paper ballot. This transition will provide greater flexibility for touring artists, eliminate the possibility of invalid ballots, and protect further against fraudulent voting. All voting members in good standing will be eligible to vote online in both rounds for the 60th Annual GRAMMY Awards.

Best Compilation Soundtrack For Visual Media Eligibility guidelines have been amended to require soundtrack albums for a documentary or biopic to contain 51 percent or more of newly recorded music.

Additional amendments were made to the Technical GRAMMY Award qualifications, and procedural updates were made to Nominations Review Committees. For information on the GRAMMY Awards process, visit www.grammy101.com.